Connecticut has the nation's deadliest rural roads, according to a new report and story published in the Hartford Courant.

Connecticut also ranked No. 11 nationally for the percentage of rural pavement in poor condition, according to the report, published TRIP, by a Washington, D.C. non-profit group that advocates for highway safety.

Many factors make the back roads more dangerous, including “a lack of desirable roadway safety features, longer emergency vehicle response times and the higher speeds traveled on rural roads compared to urban roads,” according to the report.

Speed, distracted and impaired driving, and Connecticut's aging infrastructure all contribute to the fatality rate.

Read it at Hartford Courant>> 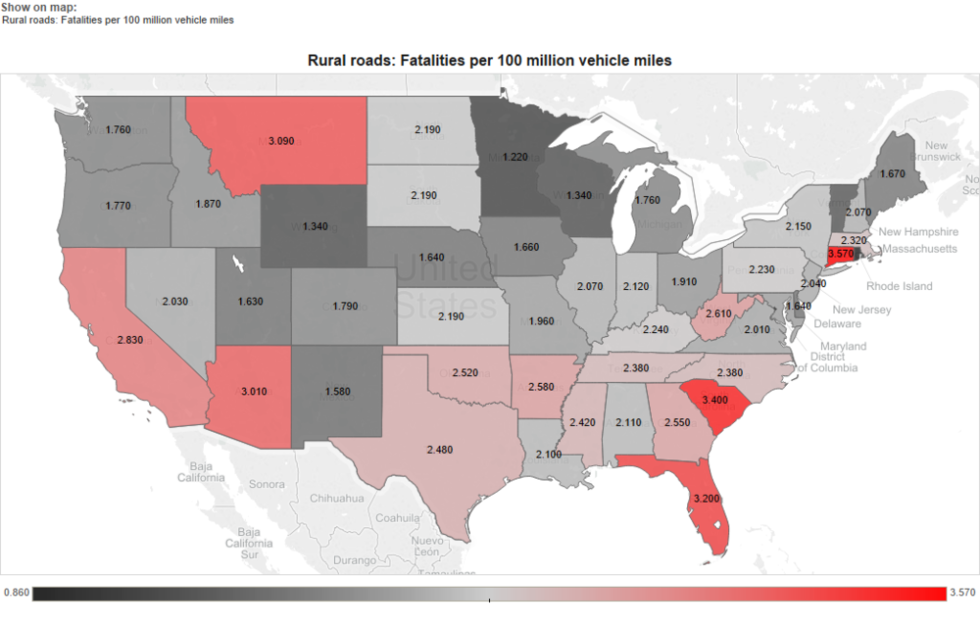