The primary purpose of the type of law that I dedicate myself to is to:

#1: provide relief to injured parties for harms caused by others by imposing liability (responsibility) on those responsible for the harm, and

#2: to deter others from committing the same types of harmful acts.

As such, every case has a financial recovery as one of the outcomes I seek for each client.

Although the vast majority of all law cases (not just mine) end up settling out of court, some cases have to go to trial and be decided by a jury. I take great pride in preparing each case so if settlement is not possible, we are ready for trial. If I were being totally candid, I would tell you trial is the best part of being an attorney. Not all lawyers like trial or ever go to trial. In fact, most do not. I do.

Below is a sample of some of the jury verdicts that I have obtained for my clients.

Of course, it goes without saying, but lawyers are ethically obligated to say it, "Prior results do not guarantee a similar outcome".

$560,000.00 verdict after trial for the estate of a deceased person that fell and died when the senior and disabled housing complex, she lived in failed to adequately supervise their employees and failed to properly remove snow and ice from the area residents lived in. As a result, an elderly woman that lived alone in their senior and disabled housing complex fell and eventually died from hypothermia. I brought this case to trial to obtain justice for the woman and to hopefully prevent this from happening again,

$130,000.00 verdict after trial for my client that was injured when he was riding his motorcycle by a car that fled the scene. The client received injuries to his low back. I was able to track down the car owner and recover from her the available insurance proceeds, which was insufficient to fairly compensate my client for his injuries, so an underinsured motorist benefit claim was filed against the client's own insurance company. The insurance company's final offer to settle was $3,500, which was not fair, just or reasonable, so the case went to trial.

$115,850.49 jury verdict after trial for my client that was rear ended by a driver that was driving too fast for the congested road conditions in a notoriously congested are off Sikorsky Bridge on the Stratford-Milford line. Her injuries were primarily to her neck and upper back. The at-fault driver's insurance company last offer to settle was for $75,000. My client wanted to let a jury decide the case.

$96,223.84 jury verdict after trial for my client for a four-car crash at a dangerous intersection caused when one driver tried to make it across, he busy intersection when it was not safe to do. As a result, my client received injuries to her neck, knee, and back. The at-fault driver's insurance company last offer to settle was for $41,000.00. The at-fault driver's insurance company's final offer to settle was $41,000.00, which was not fair, just or reasonable given the facts of the case, so the case went to trial at the Derby Superior Court.

$86,791.80 jury verdict after trial for uninsured motorist benefits against her own insurance company for medical bills and injuries sustained in car crash by hit and run driver. My client's own insurance company offered to pay $15,000, which was patently unfair so my client asked a jury to decide the case for her. 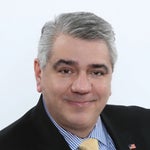