8 Ways to Make a Vehicle Crash Much Worse

A motor vehicle collision, crash, or wreck will ruin your day. It's natural to feel angry and emotional after another driver hits you. Although difficult, it's best to keep communication between yourself and the other driver as limited and cordial as possible. Failure to do so will only make a bad situation worse. 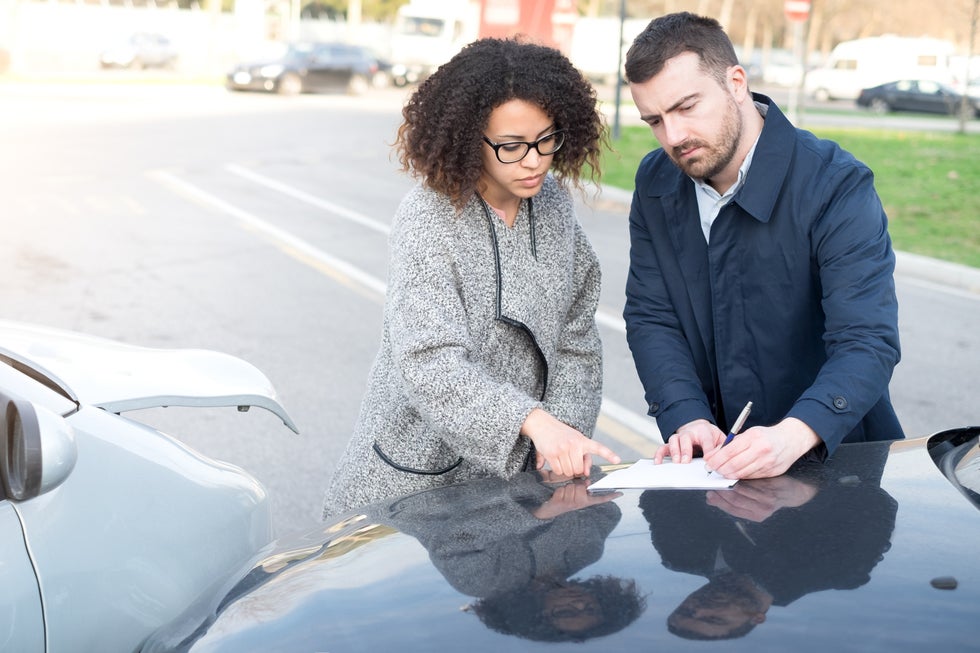 The sooner you hire an attorney to help facilitate discourse, the better. In the meantime, and immediately after the wreck, you should avoid oversharing, making heated accusations, or making any of the following common mistakes.

1. Failing to Ask if Anyone is Injured

It is just basic human decency to check on everyone involved in a collision, crash, or wreck and call for medical assistance. It is a bad look not to.

3. Refusing to Get the Police Involved

Motor vehicle collisions, crashes, and wrecks are a hassle at best and devastating at worst. When you're involved in one, and it doesn't seem all that bad, you may be tempted to get on with your day rather than wait around for the police to show up and make an official report. This would be a big mistake. Not only does Connecticut law require you to contact police, but police crash reports can help you prove the other drivers' fault (and the absence of your fault).

4. Leaving the Scene Without Sharing Your Information

Leaving the scene of any vehicle accident that you are involved in can be a criminal offense, even when another driver caused the wreck. Pursuant to Connecticut General Statutes §14-224, anyone involved in an auto collision that results in injury or property damage in Connecticut is required to:

Failure to stop and provide the required information could result in serious fines and criminal penalties, in addition to the headache you'll already be dealing with as a result of the collision.

Pointing fingers in anger after an accident is a mistake. Even when accusations are justified, you don't want to elicit an aggressive response from the other driver. Doing so will only make getting the necessary information and details more difficult.

6. Claiming Your Injuries or Property Damage Are Worse Than They Are

After a wreck caused by another driver, it can be tempting to exaggerate your or your loved one's injuries or property damage. Doing so, however, will only serve to raise skepticism regarding the actual harm done, making the economic recovery process more difficult.

When you're in a vehicle wreck, your adrenaline runs high, which can lead to extreme reactions and arguments. Those who get into arguments with the person who hit them tend to overshare even when the other driver caused the collision. You might say something like, “I know I didn't come to a complete stop, but you were speeding.” You should only divulge necessary details to the other driver, like your insurance information.

When an argument ensues between two people involved in a collision, some individuals tend to over-apologize for their actions later, even when they aren't at fault. Never admit to contributory factors after a vehicle collision, like speeding or being distracted. Doing so could jeopardize the economic recovery you're truly entitled to.

Discuss Your Wreck with a Connecticut Car Accident Injury Attorney

I understand how difficult it is for car collision victims to navigate the recovery process immediately after a wreck and long after. I don't let the at-fault driver or the insurance companies take advantage of my car collision clients at any point during the process. If you or someone you love has been injured by another driver in a Connecticut car wreck, call me, attorney Jim Miron, at (203) 339-5991 for a free case evaluation today, or contact my office online.