According to the U.S. Department of Transportation on April 28, 2015 the Ford Motor Company (Ford) is recalling certain model year 2013-2015 Ford Fusion and Lincoln MKZ vehicles manufactured 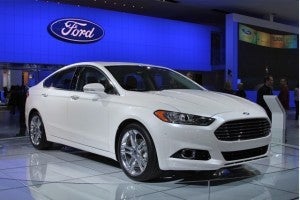 Ford will notify owners, and dealers will apply sealer and replace the steering gear motor bolts as required. If one or more of the steering gear motor attachment bolts are broken or missing, a new steering gear will be installed in the vehicle. These repairs will be performed free of charge. The recall is expected to begin June 22, 2015. Owners may contact Ford customer service at 1-866-436-7332. Ford's number for this recall is 15S14.