Mitsubishi recalling some 2007-2009 Outlander vehicles because brake light may not work. 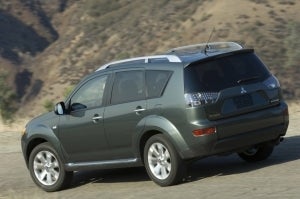 Brake lights that are inoperative would not warn other drivers that the vehicle is stopping, increasing the risk of a crash.

Mitsubishi will notify owners, and dealers will replace the brake light switch with a new one, free of charge. The recall began in mid-October 2014. Owners may contact Mitsubishi customer service at 1-888-648-7820. Mitsubishi's number for this recall is SR-14-010. Note: This recall is an expansion of recall 08V-680 and does not include any vehicles that were previously recalled.